5 Steps To Recovering Your Project Sanity 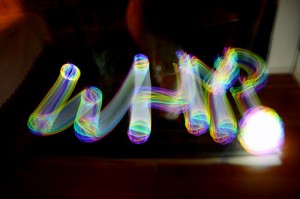 ony had just finished a year-long project, and was exhausted. As a good project manager should, he had been keeping a lessons learned file throughout the project, and now that it was completed he was making a final entry, looking back over the whole year.

Let’s peek into one of the lessons learned Tony and his team picked for this particular project, and how they got to the root cause by asking a simple question. Why?

Symptom: The project had gone through several “re-scoping” activities during the year…it seemed as if the goals were always changing.

Why was the scope always changing?
Because the direction and needs of the customer changed throughout the year, and we responded to those changes.

Why did the individual customer who was giving us direction change?
Because we didn’t have a clear idea of who was responsible for which area of scope.

Why didn’t we have a clear idea of who was responsible for which area of scope?
Because we didn’t push the customer to agree on a responsibility matrix for their own people; we only did this for our own team.

Why didn’t we push for a responsibility matrix including the customer staff?
Because we did not include the customer as an integral part of the project team. We focused too much on our own team as the performing organization, and not enough on the external stakeholders.

Lesson Learned: Always require a clear responsibility matrix, including decision authority, for the whole project team, including the customer’s staff!

Do you have an example how the 5 Why’s technique was (or could be) used to uncover the root causes in your projects? Leave a comment below and share your experience!

Josh Nankivel, PMP
is the founder of pmStudent.com, a site dedicated to helping new and aspiring project managers succeed. He is a project manager for the ground system of the Landsat Data Continuity Mission, a joint project between the USGS and NASA. Josh’s academic background includes a BS in Project Management and he is PMP certified.

So why do many government IT projects fail?
Brighton of the North – APM Meeting